Here are some of the highlights of UUCP’s development over the years, beginning in 1947. Visit our main history page and/or check out the history documents in the sidebar for more information. 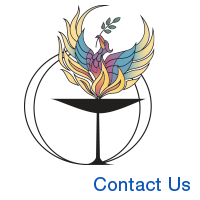